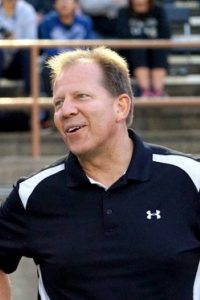 Presently, Todd is the Executive Director of Athletics for Ector County ISD in Odessa, TX. He is the first and only gymnastics coach to serve in that capacity in Texas. As an athletic director, Todd has served as a regional director for the Texas High School Athletic Directors Association as well as serving as a committee chair. He has served as President of the National and State High School Gymnastics Coaches Associations. At the present time, Todd holds the position of Executive Director of THSGCA.

Copyright 2018 - 2020
All Rights Reserved
This independent TEDx event is operated under license from TED.